There’s just something about cooking shows we can’t get enough of. We love watching different show concepts as long as it has to do with food and cooking.

Within the past 50 years, we’ve had a slew of great cooking shows that have made their mark in the culinary industry. Personalities like Anthony Bourdain, Rachael Ray, Wolfgang Puck, and a whole lot more have made a name for themselves through some of these shows.

Whether these shows take place in a studio or a fine dining restaurant complete with all the luxury silverware, they have provided us with a good balance of entertainment and information that found its way into our lives.

10 of the Our Favorite Cooking Shows of All-Time

If there’s one thing Alton Brown did with this show that we love, it’s how he made the science behind cooking as cool and as fun as the actual cooking itself.

It might not be a game show, but the excitement was as real as it gets with the commentators bringing life into Iron Chef as the contestants hurried about in their quest to best all the others.

Watching Molto Mario is a whole new kind of experience as Mario Batali can take you on a journey that will flood your mind with meaningful information and personal experiences that translate very well into his dish.

Top Chef revolutionized American cooking shows, being the first show to present creative challenges for the competitors and a more intimate look at their lives outside the kitchen. 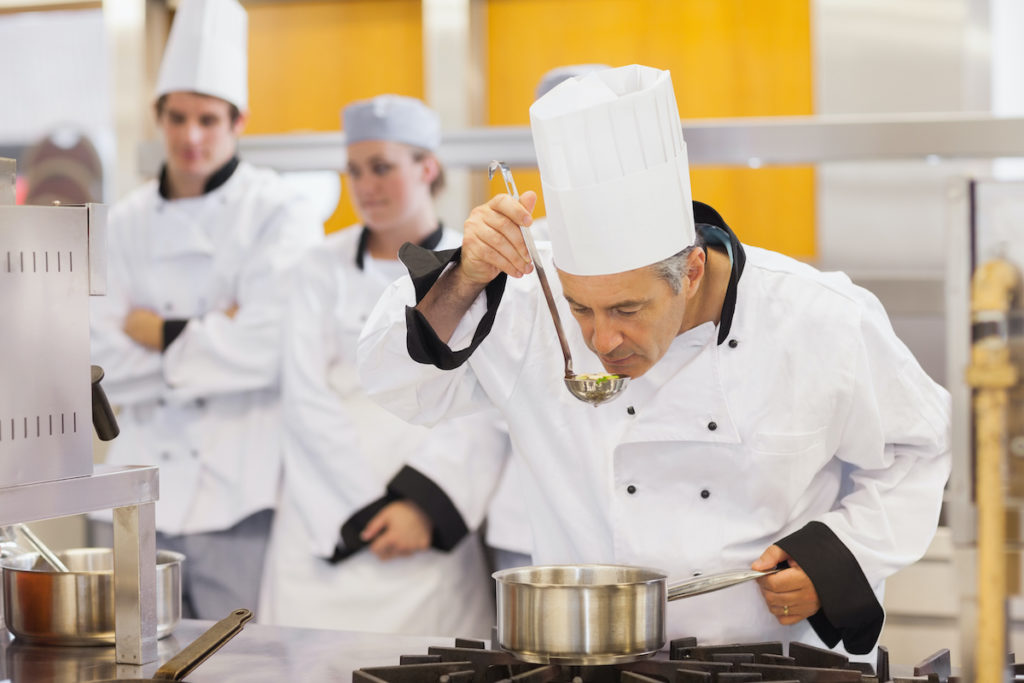 When Ming Tsai entered the scene, he bridged the gap between the supposed humdrum world of cooking and being cool and filled in the void for Asian cooking shows.

Why do we love The French Chef? Because this was the show that started it all. Perhaps no other cooking show has influenced America as much as Julia Child’s program.

America’s Test Kitchen may not be as popular or as mainstream as the others on this list but its simplicity and exploratory approach make it one enjoyable show.

We just needed a really good excuse to squeeze in Chef Gordon Ramsay on this list. He may be harsh, but he absolutely knows what he’s doing. He’s kind of like the X-Man, Wolverine, the best at what he does.

We absolutely love this show! What’s not to love? You have two ladies driving around to different locations on a motorcycle and a sidecar, and never hold back on the lard and butter. Sweet!