Speed remains the leading cause of road accidents. One of the essential devices a police officer uses to determine the speed of vehicles is a speed gun. There are two main types of speed guns used in law enforcement including radar and laser. Radar guns determine speed by calculating the bouncing of electromagnetic waves off different targets and their reflection to the gun’s transmitter. Laser speed guns, on the other hand, use light pulses to asses a vehicle’s speed.

There are now different types of laser radar gun detectors designed to pick the presence of a speed gun on a highway and force the driver to slow down. Some of them are designed to jam a speed gun’s signal and allow a driver to get away with speeding. The new radar speed guns, however, have inbuilt safety measures to prevent their jamming or detection and thus increase their accuracy. One of these is their mode of operation. The following are the modes of operation of speed guns.

This is the normal operation mode of speed guns. Here, a law enforcement officer leaves the gun on to transmit waves continuously. This way, they can clock all vehicles driving by without fiddling with the gun. They only sit back and watch the screen for any speed above the allowed limits. Though convenient for officers, this mode makes it easy for drivers to pick a speed gun using a detector. 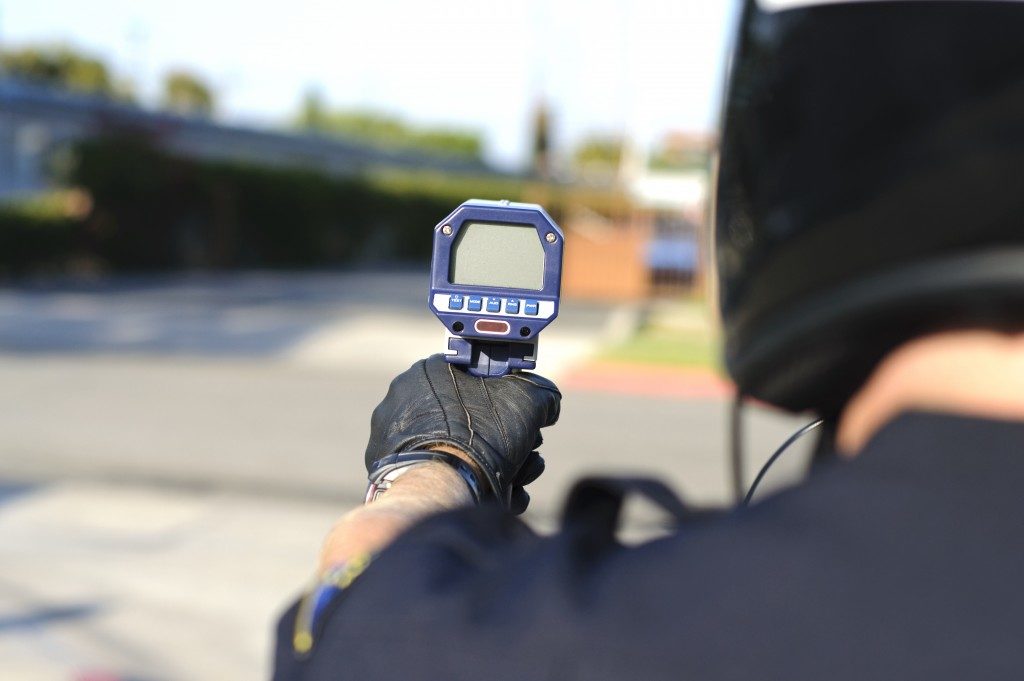 To minimize the chances of detection by rogue drivers, speed gun manufacturers have introduced an instant on mode. Here, the gun is switched on though not transmitting. Though it will not continually display speeds, the gun can be switched on when a car approaches. This way, a detector cannot pick up the presence of a speed gun until the vehicle is near it. Thus, drivers cannot jam the device or change their speed.

This is a variant of the instant on mode. The goal of a quick trigger mode is to target a car’s speed fast without alerting a radar detector. The officer fires an instant shot but only long enough for a vehicle’s speed to register on the gun and then puts it on hold. This mode will solve the drawback of an instant on mode since the latter can be detected by vehicles behind the one whose speed you will switch on the gun to take.

This is the latest mode used for speed guns. Guns with the POP mode transmit radar wave at 67 or even 16 milliseconds compared to the average 0.5 seconds of a quick trigger operation mode. This speed is way too fast for even the latest radar detector to pick irrespective of a car’s distance from the speed gun.

Rogue drivers come up with all manner of tricks for defeating speed detection, but radar gun manufacturers are also keeping up with them. The above operation modes are only one among the many ways used for increasing the accuracy of law enforcement speed guns. Your jurisdiction should not give up on the use of speed guns believing that they are ineffective.