While the skyscrapers and engineering marvels we know today largely thanks to concrete, concrete is also a stark reminder of the industrial processes that have led to widespread pollution and environmental damage.

The current concrete production process is still heavily reliant on mining, steel, and coal, and is responsible for up to 5 percent of carbon dioxide emissions globally. That might be about to change.

Research and innovation — with a particular focus on using recyclable materials — have led to discoveries in how to make concrete more environmentally friendly without compromising its trademark strength and durability.

Not only will this help make concrete more environmentally friendly by using less polluting and toxic materials, but it will also help address the problem of pollution and waste that the world is facing today.

From the fundamental materials at the beginning to the void forms used when structures are actually being built, from broken glass to cardboard, here are some new materials that could be finding their way into concrete real soon:

Concrete is primarily composed of a mixture called aggregate, which is typically composed of sand and stone. Now, one of the proposed solutions to this to use glass that has been crushed and ground into a fine powder.

This can then be used as a replacement for sand in the production of polymer concrete, which is a high-strength material suitable for roads, car parks, and other structures dealing with heavy traffic. Currently, research is still underway to see if glass can completely replace the aggregate used in concrete, as there is still a risk associated with damaging the alkali-silica reaction.

However, given that polymer concrete is still a widely used material, this represents a good step forward in using recycled materials in the production of concrete.

Concrete owes its hardness and strength to being reinforced with steel and other hard metals. However, the production of steel is by itself environmentally costly, requiring metal to be heated in blast furnaces powered by coal.

One of the leading steel replacements is recycled plastic, which has been found to be able to even strengthen concrete further compared with steel. Moreover, it helps solve the plastic pollution problem, and this process generates less than half carbon dioxide emissions than steel production, making it a perfect solution for a sustainable future. 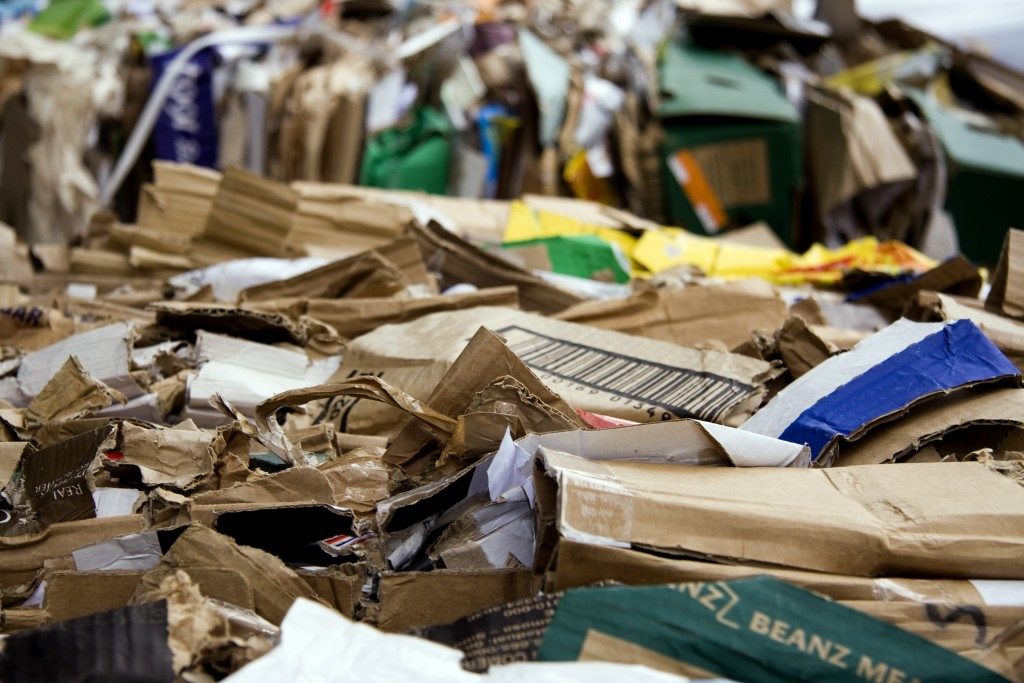 When wet concrete is used in construction, there exists the risk that it will seep into the Earth, thereby polluting the soil and rendering the foundation unstable. This is where void forms come in.

Void forms are placed in between the concrete and the soil in order for the concrete to rest on a stable surface and so as to not pollute the soil. Void forms were previously made of materials like paraffin wax and Styrofoam, neither of which is environmentally friendly.

Cardboard void forms are the leading answer to this. Aside from being able to absorb the load of the concrete while simultaneously being lightweight, they are also environmentally friendly, as cardboard is recyclable, and biodegradable as well.

There are also void forms made of similar materials such as corrugated paper. Such innovative materials are the future of the construction industry. Although we still have a long way to go before the construction industry is completely green and sustainable, these developments are a good start. Integrate these into your everyday industrial processes, so that we may live to enjoy the world we build today.