Cycle sport is as competitive as it is physically demanding. In preparation for their race, professional cyclists ride for 20 to 30 hours per week while ultra-distance/ultramarathon cyclists ride for significantly longer times, and this doesn’t even include their workouts. That said if it’s your first time signing up for a cycling race, you don’t necessarily have to go to that extent when preparing for the race, but you still do have to prepare. We’ll be taking a look at prepping tips to help you survive your first cycling race:

Assuming you haven’t signed up yet, it’s vital that you choose your first one carefully. Race organisers would generally say the level of difficulty of the said race or course, and if it’s recommended for beginners or more seasoned cyclists.

Having the right bike and equipment can have a significant impact on your performance. By now, you should have a bike that’s fit for the kind of race you signed up for as different types of bike are designed for different types of terrain. For starters, you could always use a gravel bike which is regarded as a bit of a “jack of all trades” as it can handle dirt roads and rough terrain. A mountain bike could also be recommended for both rough roads and paved roads. You should also be equipped with the right apparel, shoes, and helmet. You should train with the bike and apparel you’ll be using for the race, as well.

Get Used to Group Riding

One of the common mistakes first-time cycle race participants fail to prepare for is riding in groups. If you’re used to just training alone and having the road all for yourself, you’ll find a hard time manoeuvring and adjusting when you race at high speeds within a tightly-packed group of cyclists. As such, you must grow accustomed to group riding by scheduling a group training or riding with fellow cyclists.

Train On the Course

If possible, you should train on the route you’ll be taking for the race to be familiarised with the terrain and the turns. If that’s not an option, do your research of the route. See if there’d be sharp turns, hills, rocky areas, and so on so that you can find a similar nearby place for you to train. 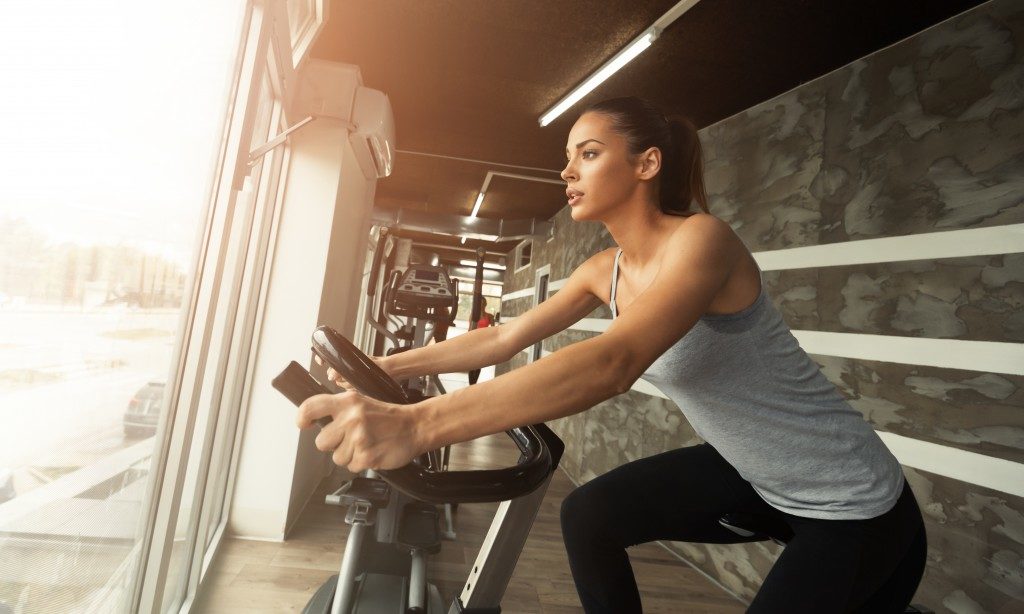 As mentioned earlier, pro cyclists ride for many hours a week in preparation for a race, and so should you. This is to help you build your endurance and make sure that you don’t end up short of breath or cramping up halfway during your first race. By the time your competition nears, you should be fit enough to be able to finish the entire course’s distance with some breath to spare.

You may also want to consider getting a Functional Movement Screen (FMS) test to fully assess your movement patterns to optimise your training and performance as well as minimise your risk of injury. Additionally, you may also want to consider undergoing an FMS Training program to build strength and flexibility as well as optimise your movements for better performance and lower risk of injury. A2014 study conducted on elite high school baseball players has shown that FMS training has significantly improved their strength and flexibility.