What they choose to forget is that early man started devising methods of hiding from animals by using bushes, limbs, and natural scents to minimize their chances of detection. Since then, there have been advances in camouflaging without the need for leaves and twigs.

One of these lies in the range of hunting outfits designed to mimic your environment and hide you from your prey. Hunting stores in Michigan have a range of outfits in different patterns which will boost your odds of success when hunting different animals.

The ideal pattern for your hunting outfit will depend on the environment you will be hunting in. The following are some of your options when choosing a hunting outfit.

These patterns aim to imitate the colors of your hunting background as much as possible. As such, mimicry-based patterns will have images of grass, tree barks, sticks, and leaves.

Outfits with this pattern are suited for hunting environments like open desert, dark timber, and snow-covered areas. The pattern will feature on your hunting vehicle, boots, accessories, clothing, and guns.

You should, however, remember that hunting environments will change according to the season. Green-based camouflage patterns might, for instance, work for the start of a season but you might need to change the type of pattern for your hunting gear in dry months to browns and grays.

Unlike mimicry patterns which allow you to blend into your hunting environment, the breakup pattern is designed to blend your body’s outline into the surroundings. This is because some animals have a sharp vision and can make out your silhouette in a mimicry pattern. 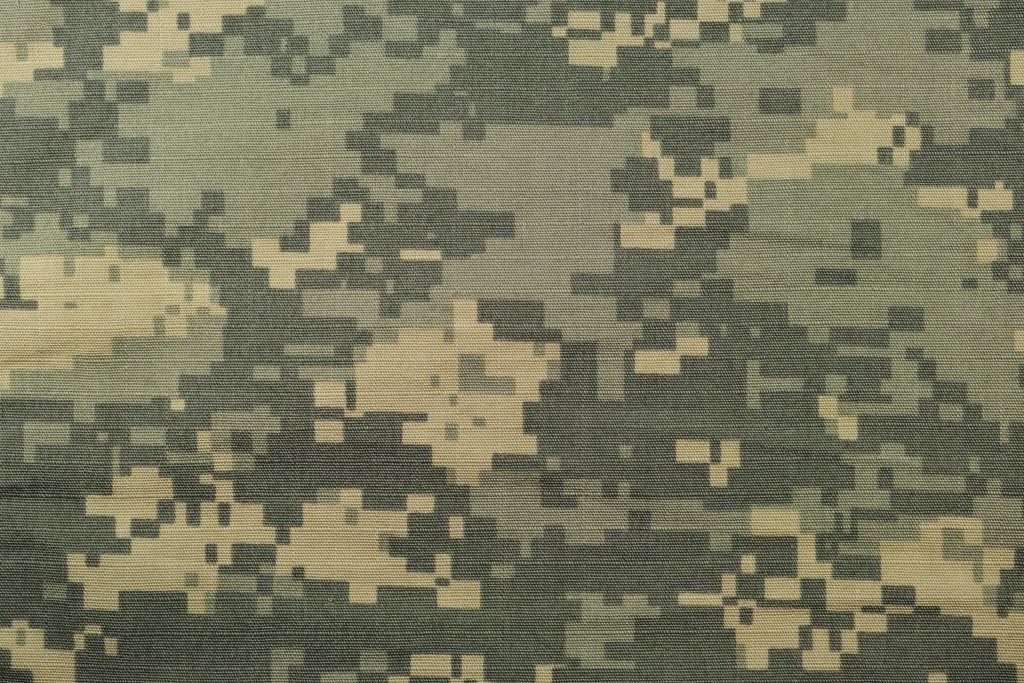 These will add texture to the clothing you wear during your hunt by using fake leaves, grass and other elements to it. Although cumbersome and with a high risk of getting snagged by rocks, trees, and fences, 3D pattern camouflaging will break up your figure exceptionally well and blend with the environment. To minimize the risk of snagging by trees and rocks, this pattern of hunting camouflage is used for stationary hunts.

These are generally used in white clothing and are ideal for a deep winter hunt. Snow patterns will have a blend of dark colors to enable you to blend into the occasional plants in a snowy landscape seamlessly. They can also be mixed with other patterns for instances when the scene suddenly changes during the hunt such as in areas where snow has started melting.

Some states will require all hunters to have blaze orange vests in addition to the patterns above. These vests are designed to boost your visibility to other hunters and hence your safety. Most large games have trouble deciphering colors, so this will not give your position away to your hunt.